Our primary goal at Fresh Meadows Animal Clinic is to be there for you and your pet. Our entire staff and health care team works together to provide the best possible veterinary care in the region. We serve dogs and cats from Queens, Brooklyn, New York City and Long Island. 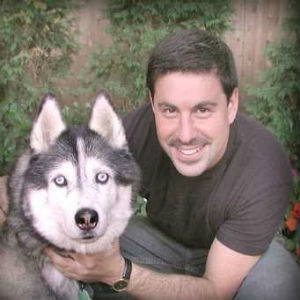 Dr. Cohen is one of the most highly trained general veterinarians in the Queens, New York area. He graduated from Cornell University’s School of Veterinary Medicine in 2002, which was followed by an extensive 13-month internship at the prestigious Angell Memorial Animal Hospital in Boston, Massachusetts, where he received advanced training from the finest veterinarians in the country.

His special interests in veterinary medicine are emergency care and radiology. He is also a proud member of the National, State, and Local Veterinary Medical Associations. Dr. Cohen partakes in 60+ hours of continuing education, training, lectures and conferences annually.

In addition, Dr. Cohen volunteers his time at local cat lectures and middle school expo events. Since becoming owner of Fresh Meadows, Dr. Cohen has enjoyed meeting with local members of the community, caring for their pets and nurturing the precious human-animal bond. 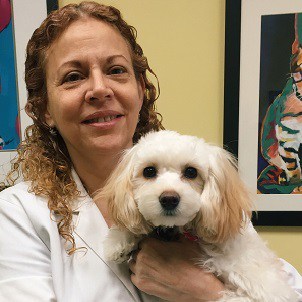 Dr. Janice Fenichel received her B.S. in chemistry as well as her D.V.M. degree from Iowa State University. She has been in small animal practice for the last 29 years. She has worked in Buffalo NY, Port Washington NY, and is currently employed in Manhattan, performing emergency medicine, surgery and dentistry. She lives in NYC with her two sons and two cats. 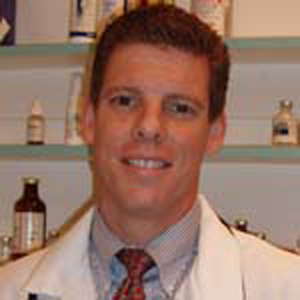 Veterinarian Dr. Marc Leleonnec provides mobile ultrasound consultations at the clinic. Assisting with advanced internal medicine cases, Dr. Leleonnec is also one of the most skilled imaging and medicine consultants in the region. 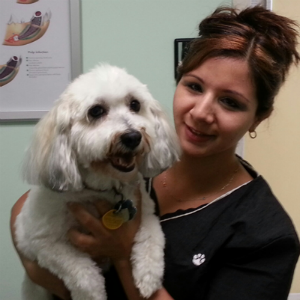 Formerly the owner of “Meeka’s Grooming,” Noel Katehis has brought her grooming expertise in-house to FMAC! Reliable, patient, and highly-skilled, Noel also cultivates unique and affectionate relationships with our pets. This explains why Noel is the highest-rated and most beloved groomers in all of Queens. 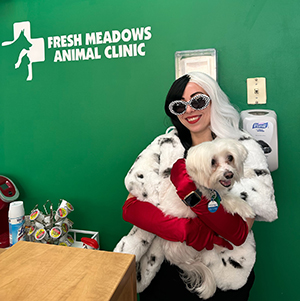 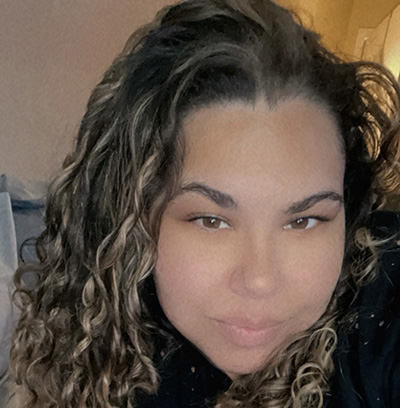 Kristen started working in a veterinary hospital setting in 2008. This is now her 5th year at FMAC, helping us navigate the last 2 years of the pandemic with great skill. She serves the team in a multitude of ways and is a “jack of all trades” at the clinic. Not only does she manage the front desk and scheduling/client liaison issues and most USDA travel issues, but she is also there when the technicians need an extra hand in the back.

She has a fun-loving, great personality and goes above and beyond for our clients and all pets. She has a love and appreciation for all animals, but a special adoration for Dogo Argentinos!

When she’s not working at the helm at FMAC, she likes to spend time with her 3 children, husband, and multiple pets! 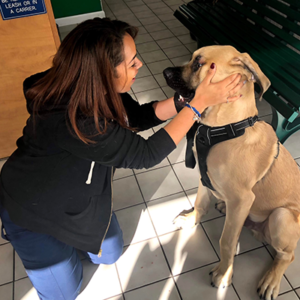 Tiffany has been involved in veterinary medicine since 2013 and absolutely loves the field. Since the age of 4, she has always dreamed of becoming a veterinarian. She was able to gain her experience as a veterinary technician working at multiple practices over the years and wouldn’t have it any other way. She is in the process of completing her licensing requirements while starting her 4th year at FMAC as a dedicated technician and assistant with Dr Cohen. Clients can trust her to give up to date information, attention and special care to their pets while at FMAC for outpatient/ inpatient procedures and surgeries.

She is especially adept at feline restraint and dental procedures!

Outside of her clinic work, she enjoys adventures with her 4 children, her husband and 3 dogs. She definitely has a lot of love to give and this definitely shows with our patients and clients. 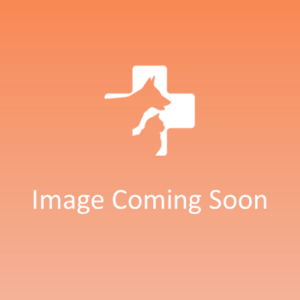 Amanda is a Queens native who has loved animals for as long as she can remember. Growing up, her home always had furry, feathered, and scaled friends! She embraced this affinity for animals and has held positions in various aspects of animal care since 2012.

She has worked in emergency hospitals, house call services and is now the newest addition to Fresh Meadows Animal Clinic. Amanda loves working in general practice medicine because of the opportunity it allows her to forge strong bonds with her patients and their parents. Her particular interests are client education, animal behavior, and surgery. She utilizes low stress/no stress handling to make the patient experience more comfortable and is always eager to converse with clients.

When she’s not at work Amanda enjoys reading, listening to true crime podcasts, and watching Korean horror movies. She has three rescue pets that keep her entertained (and very busy!).


Our clients can see that we truly care about their pets. See why they are always impressed with our services.

We use cookies on our website to give you the most relevant experience by remembering your preferences and repeat visits. By clicking “Accept All”, you consent to the use of ALL the cookies. However, you may visit "Cookie Settings" to provide a controlled consent.
Cookie SettingsAccept All
Manage consent

This website uses cookies to improve your experience while you navigate through the website. Out of these, the cookies that are categorized as necessary are stored on your browser as they are essential for the working of basic functionalities of the website. We also use third-party cookies that help us analyze and understand how you use this website. These cookies will be stored in your browser only with your consent. You also have the option to opt-out of these cookies. But opting out of some of these cookies may affect your browsing experience.
Necessary Always Enabled
Necessary cookies are absolutely essential for the website to function properly. This category only includes cookies that ensures basic functionalities and security features of the website. These cookies do not store any personal information.
Non-necessary
Any cookies that may not be particularly necessary for the website to function and is used specifically to collect user personal data via analytics, ads, other embedded contents are termed as non-necessary cookies. It is mandatory to procure user consent prior to running these cookies on your website.
SAVE & ACCEPT